Friedhof’s script Mother Mountain was chosen from the annual “Aussie List,” a shortlist of 11 finalists that were selected from more than 250 screenplays submitted to The Black List —the internationally recognized online community of screenwriters and film industry professionals that support the most promising screenplays and television pilots from around the globe.


Andrew Friedhof is a former civil engineer from Sydney, Australia. After spending many years outside work hours developing his screenwriting craft, Friedhof's efforts were rewarded in 2015 with a Nicholl Fellowship. His greatest aspiration is to have a feature film produced and to establish a long-term career telling unique, strange and thrilling stories both in Australia and overseas.

"I'd like to thank Warner Bros., Veerhuis Pictures and The Black List for this incredible honour and congratulate the other shortlisted writers. The path to becoming a screenwriter can be marked by moments of struggle and self-doubt, especially for international writers, and this program represents a welcome opportunity to encourage and showcase the breadth of Australia's screenwriting talent."

Friedhof will now be engaged by Warner Bros. Pictures (or an affiliated entity) to write a new screenplay. Part one of the two-step blind deal will see him work with the Warner Bros. creative team to decide upon the plot, theme and genre of the yet-to-be written film. Once this process is complete, Friedhof will commence work on no less than two drafts of the script, expected to take approximately 12 months to complete.

“It has been a joy to support the community of Australian screenwriters in this way alongside extraordinary partners like Warner Bros. Pictures and Chris Veerhuis. I'm looking forward to what Andrew comes up with for his blind script deal, and what will come of next year's Aussie List.”

Screenwest was again a key partner in ensuring significant Australia-wide awareness and support of the program from state agencies, screen bodies, and writing communities.

“Screenwest was pleased to support such an exciting initiative, driven by Western Australia’s Veerhuis Pictures. The opportunity enabled scriptwriters from WA and across the country to showcase their talents to international filmmakers.”

“I am excited for Andrew, he is a hard working writer who took a risk to chase his dream. He will now have the opportunity to elevate his career working alongside our friends at Warner Bros. Pictures. Season two has been a great success with many positive outcomes for those on the Aussie List. We’d like to thank everyone who submitted their work as well as our amazing partners at The Black List and Screenwest.” 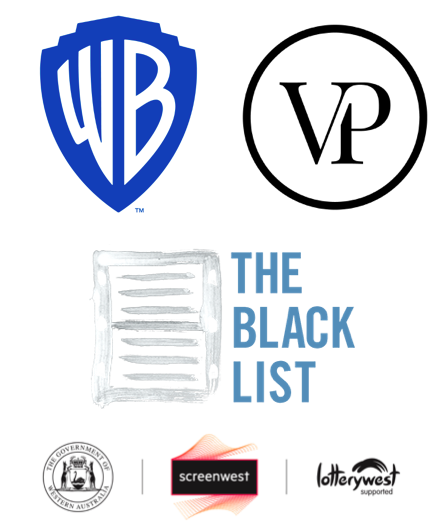