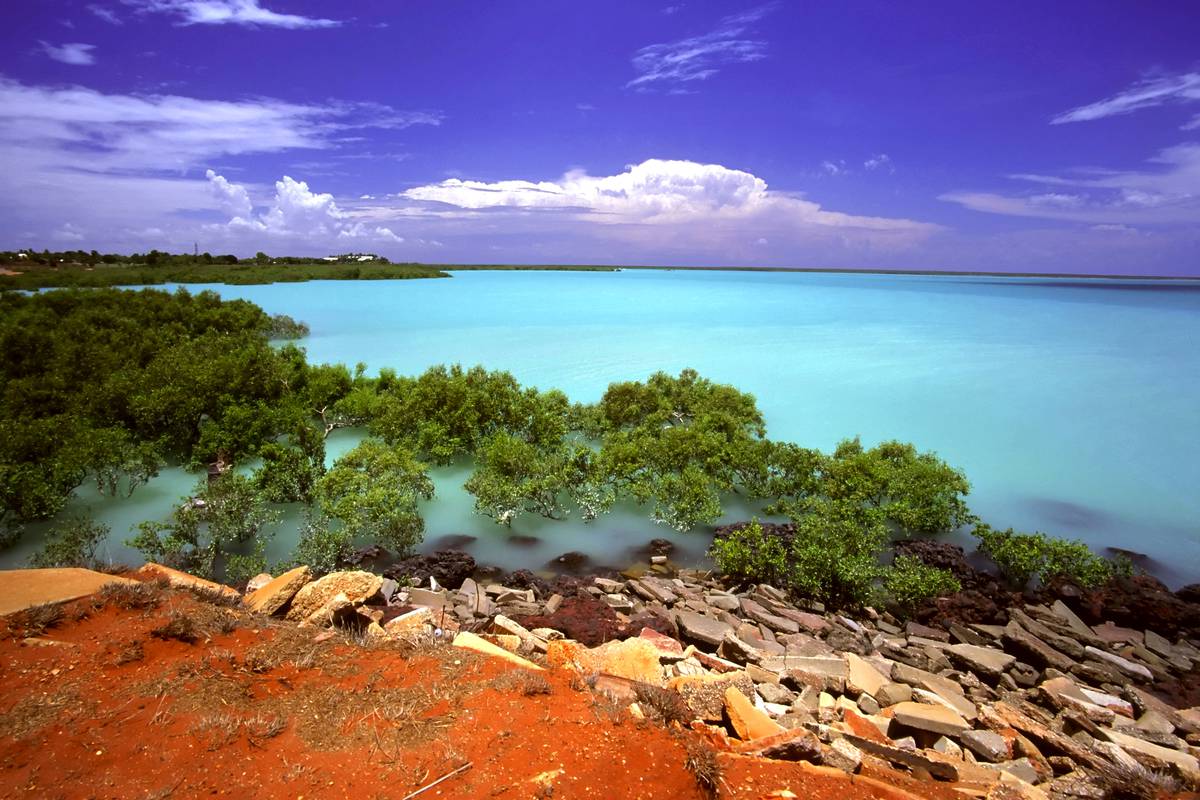 Formerly the head of Australian production at Roadshow Films, Seph McKenna left the east coast to take on the role of Screenwest CEO in January, succeeding Ian Booth.

B ut the former exec says he’s no stranger to Western Australia. Roadshow has been involved with many recent films that were shot in the state, including Bran Nue Dae, Red Dog, Paper Planes and Red Dog: True Blue. It acquired Simon Baker’s Breath and will distribute upcoming See Pictures film Go Karts, shooting in Busselton.

McKenna particularly credits regional film festival CinefestOz for luring east coast distributors and producers like himself into the west’s regions over the past seven or eight years.

“It woke all of us up in the east to the potential of the west,” he says.

Western Australia has grown as a production destination over the last decade. Ten years ago it was averaging about one feature-length film a year. In 2015-16, Screenwest supported a record seven feature-length films to shoot in WA, and in 2016-17, the production of four and the post of two others.

McKenna says that while he was at Roadshow they found their biggest films, in terms of indie Aussie fare at least, came out of WA.

“Red Dog was the standard bearer there – until Lion came along it was the highest performing independent Australian film of the last 20 years."

“What we found was because Western Australia is a big outdoor canvas for our filmmakers, all of Australia really embraces the film. It feels like they are big, epic Australian films of scale on the big screen, because you have these phenomenal landscapes. You don’t run into any rivalries between Sydney and Melbourne. Films that are made here are just intrinsically Australian, and we found we could sell that to audiences successfully.”

Given its varied and spectacular landscapes, WA is a natural home for the outdoor film, says McKenna.

McKenna praises his predecessor Booth, and Screenwest head of development and production Rikki-Lea Bestall, for the uptick in production activity and the growth of infrastructure in WA.

“Including – and they so often don’t get the acknowledgement because you don’t get the big splashy roll outs – our documentary producers who are the vanguard of selling to international. Our documentary companies are the bedrock of the Western Australian screen sector. In the feature land we can learn from what they’re doing because they’re having such success.”

In his new role, McKenna is keen to capitalise on that level of production nous and capacity that now exists in WA.

He says his time at Roadshow has left him with a sense of what works in the market, what doesn’t and why. It’s a skill he believes will be important at Screenwest now that it has transitioned from a government agency into an independent non-profit organisation.

“I do think there is a sense of cautious optimism about what the new Screenwest structure can bring, and it really is on me to deliver.”

Under the new non-profit structure, Screenwest continues to receive funding via the WA government and Lotterywest. However, McKenna envisions the agency will now have the flexibility and opportunity to ramp up its production attraction by building partnerships with organisations in a way that may have previously been in conflict with government policy or restrictions. This includes market and fundraising partnerships.

“When I say fundraising, I mean going out and trying to raise funds around either specific films, helping producers go out and do that, or finding pots of money that can come in and partner with us in a general slate way – something you absolutely couldn’t do in government.”

McKenna argues these partnerships will help Screenwest to find potential flagship projects to “sell the state on” that will play both in Australia and find a home internationally.

"There’s a wellspring of talent here and they’re happy to stay here if they can shoot here.”

While the west has seen a strong upswing in feature production, there isn’t much TV drama being produced in the state at present – with some notable exceptions like the ABC’s Mystery Road.

For McKenna, drumming up more is a key focus. In particular, he’s keen to see a fan-driven drama in the vein of Miss Fisher’s Murder Mysteries that would attract fans to WA to visit the show’s locations – just as they might visit Hobbiton in New Zealand or Highclere Castle in the UK, where Downton Abbey is shot.

"I would not only love to see that, I’m actively looking for a production or productions that could fall into that category. And I think we’re probably more likely to find a television series of scale than we are to find a movie of scale. But of course we’ll take either, or both."

“But for crews and consistency of work, nothing beats television. Series television is becoming more and more difficult Australia wide to find, produce and fund. Our most natural partners in that are the ABC and SBS, and we are working closely with them.”

Just as CinefestOz was successful in luring east coast feature film execs to the WA around seven or eight years ago, McKenna says there is more work to do to bring those working in TV in the east over to the west to show them what’s possible.

“I think once they get familiar with the opportunities, the place and the locations, they’ll start to see that. So it’s about getting our east coast TV people comfortable with the idea that you can shoot in the west and that’s okay."

“And we have WAAPA, and WAAPA brought us Hugh Jackman. I think we have the best acting school in the country here – don’t tell NIDA. But it’s certainly producing strong students who go off to do amazing things. There’s a wellspring of talent here and they’re happy to stay here if they can shoot here.”

Lotterywest, which runs the lottery in WA, supports both Screenwest and the Perth International Arts Festival, as well as other cultural activities in the state.

However, The Australian reported in late January that lottery driven revenue was declining in Western Australia by almost $300 million per year and that $16.5m out of $25m multi-year grants issued by the state arts department were due to be funded with revenue from Lotterywest, but a nearly $2m gap opened up between what it was able to be eventually delivered.

“Younger people aren’t buying lottery tickets at newsagents, they are either not gambling or they’re gambling online; it’s just a declining source of revenue,” says McKenna.

“Lotterywest funding is really what has supported the organisation’s funding into production for quite some time. So that’s a concern to everybody, and everybody’s well aware.”

However, McKenna says the Western Australian Regional Fund – “purpose-built to bring work into the nine different regions of WA” – is healthy and been “quite a tool” for Screenwest. Established in 2016, the $16 million Western Australian Regional Fund is designed to support high quality international and Australia feature films, high-end television series and documentaries to shoot in regional WA. It’s already helped to attract Ben Elton’s Three Summers, Mystery Road and the upcoming Go Karts to the state.

“Everyone is pretty excited by that because it absolutely has been successful in bringing in productions,” says McKenna.

The fund does have defined rules – you have to show economic and cultural benefit to the region, and it has a minimum 2:1 spend – so McKenna says it can knock out productions that are sniffing out extra funding from any old place. However, he says for the productions that are aligned to a region, it can be a terrific fit that can overcome the higher costs that can be associated with shooting in the west if people need to be flown over. “That’s major for us.”

As for what is working else to attract productions, McKenna says: “We’ve got money, we’ve got weather and we’ve got locations. That’s the west sell.”

The challenge for interstate or overseas producers shooting in WA will always be the tyranny of distance, but McKenna counters: “It’s just being away from home, which is something all producers face as they run around the world for places to shoot.

“The good news for Australian producers that need otherworldly landscapes is you can find it here in Australia. You don’t have to go abroad; it’s here.”