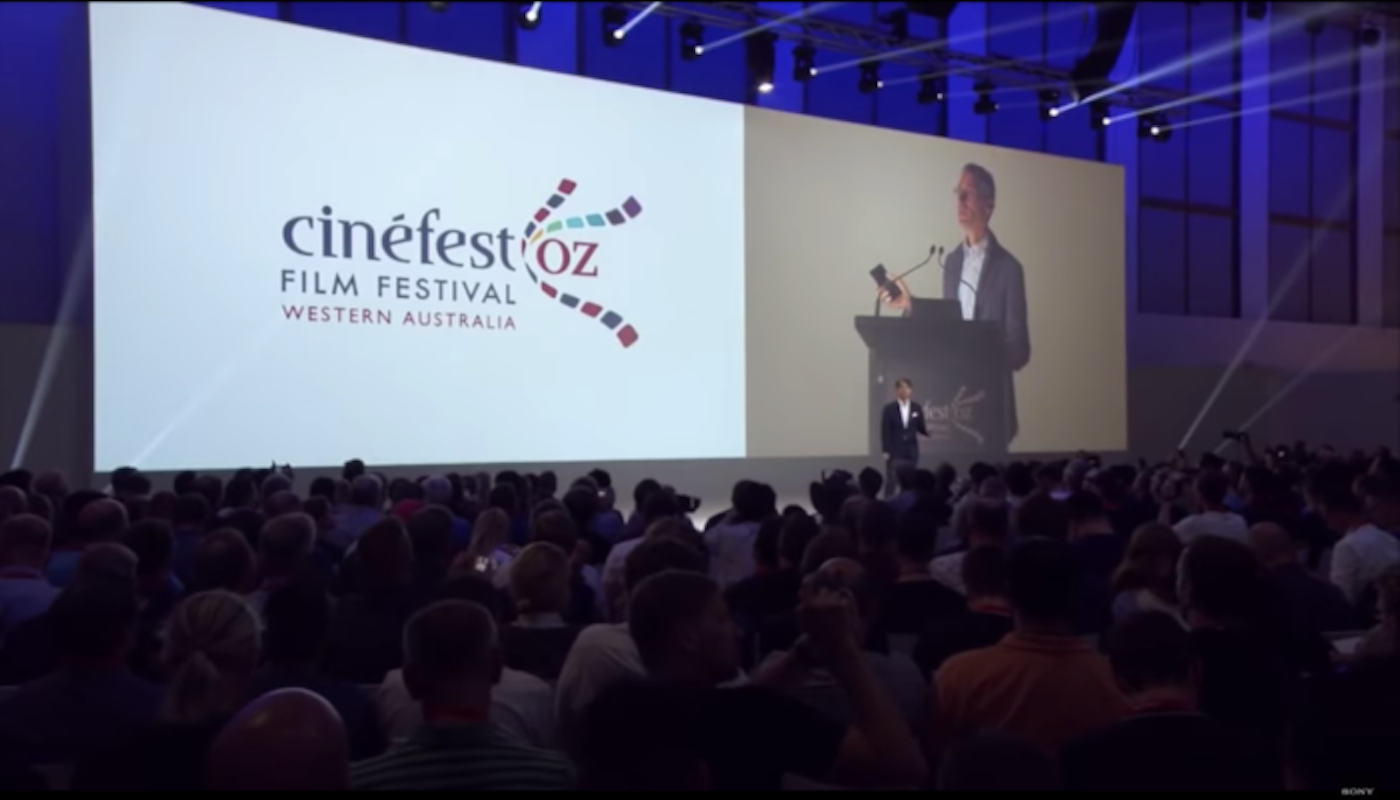 F ootage from CinefestOZ’s 2019 Keynote Speech, presented by Glenn Gainor, Head of Sony Innovation Studios, and Head of Physical Production at Screen Gems, has been used by Sony to announce their new phone, the Sony Xperia 5, at IFA 2019.

IFA in Berlin presents the latest products and innovations in the heart of Europe’s most important regional market. Together startups, research laboratories, universities, and established companies introduce tomorrow’s ideas, products, and solutions in the field of consumer electronics and home appliances. Last year, over 240,000 visitors and over 5,800 media representations were recorded in attendance at the event.

As part of his keynote address at CinefestOZ, Gainor presented the World Premiere of Taste, the story of a chef who uses advanced technology to source the sub-molecular essence of the food we eat without harming the environment. Footage from Glenn’s keynote was used to front the global launch of Sony’s new Xperia 5, one of the most anticipated announcements at the showcase. When Senior EVP of Sony Corporation, Shigeki Ishizuka, held up the brand new phone, over 700 journalists and tech bloggers jumped to their feet with cameras to capture the moment. Over 33,000 people watched the announcement live via YouTube, which you can view here.

CinefestOZ’s international reputation increased dramatically this year as a result of Glenn’s attendance at the festival, sponsored by the US Consulate. Major global entertainment magazine Variety were the first international media outlet to announce he would be the keynote speaker this year which was picked up by multiple ancillary outfits around the world and generated thousands of web page views on both our website and social media platforms. CinefestOZ expresses our gratitude to Glenn, the US Consulate, Sony, and Chris Veerhuis for making this moment happen.